I think this is getting closer to what I was after. As yet it only started in Turkey, and I will try and back date it in due course.

I have put it on the 'Route' page/tab

I promised the Turkish barber who last cut my hair in London that the next time would be in Turkey. With a week still to go before leaving for Iran, and at Huw's suggestion we both walked into a barber. For the last year or so, and up until the last cut in London, I have been self barbering. Not for any particular reason other than trimming a bit here and there over my ears developed into more ambitious cuts, the acquisition of serrated scissors and before long it seemed to be  pretty straightforward once all the mirrors were properly set up.
Once duly tidied up we went into the hammam. Huw had been using the hammam as a regular ablution facility to complement his camping life, so this was very normal for him. I have been to 2 before, once in Moscow which was a hugely ornate and entirely naked affair–it was the start of a stag night which ended up with one's clothes back on.   The second had been in Tbilisi, Georgia. this involved a pretty robust, uncomfortable and over familiar massage. so the deal was  to just sweat it  and have a shower. It  was very relaxing and as it was a local (no tourists to speak of) set up, it was only a few quid.


Hit the road before nine for a beautiful four hour journey to Van. It involved the highest point of the journey so far at 2600 m. 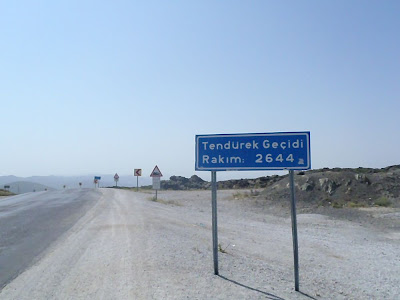 It is right in Kurd territory and one can see the life people have here. 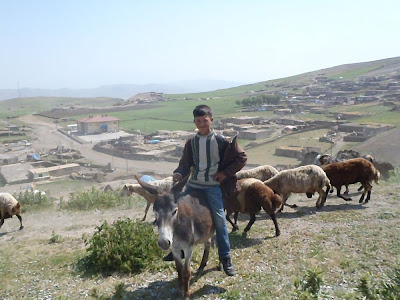 One of the more depressing things that started happening in these eastern parts, is some of the kids (not this delightful lad in the picture) are asking for money, probably not really understanding what they are doing, but it is a new phenomenon and, as in other places around the world where this happens, it compromises the experience. It is apparently much worse if your a cyclist, where stones are thrown at you if you do not stop….perhaps they do know what they're doing. I found this out from Peter and his wife who are staying in the same hotel in Van. Coincidentally I had passed them battling all the way up to the high peak the day before and wish them good luck as Batty did my battling for me. They had cycled from Bavaria on a 4000 km, two months trip that they had just finished.


Van is quite a big city and I'm staying here for six nights. This is longer than perhaps anticipated, but I wanted to be here with some margin for a quarterly, half day, business meeting that we always have. We conduct it over the Internet using a web conferencing facility. The first three nights are in a modest hotel, the next are in a much plusher affair in the hope that with its plushness comes a robust Internet connection.


In the morning I walked down to the castle which is on an outcrop of rock by the lake. It is about 3 miles, followed by  a scrambled to the top to see great views. 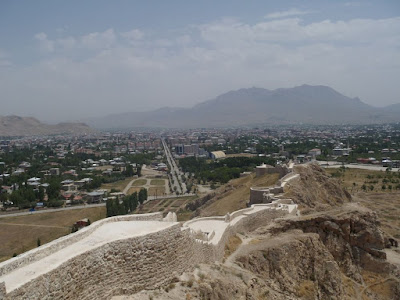 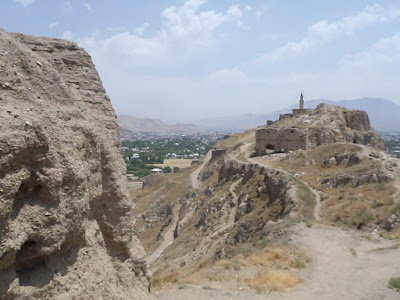 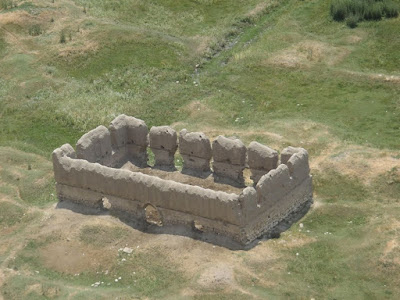 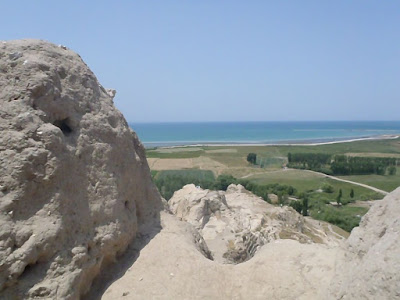 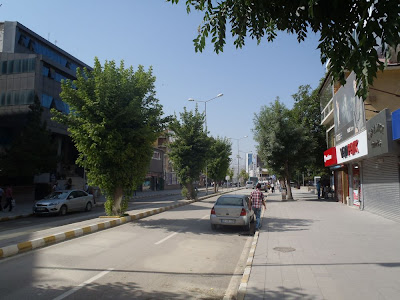 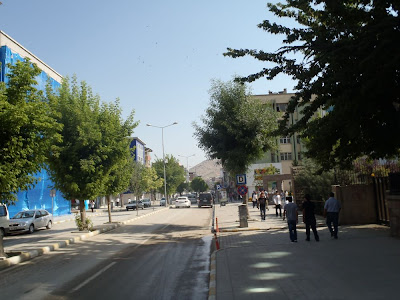 Van is a modern place, with a lot of contemporary fashion outlets
and a lot of development going on.
The Asur  Otel is pretty central and they have let me put Batty in a locked up courtyard. It has allowed me a bit of time to have another fiddle with the clutch. Although not as serious as before it did need looking at before I go to Iran. Fuat Bozbay runs the carpet shop right next to the hotel front door, he and I had started chatting the evening before when a lot of Kurdish protesters had run pass with riot police and water cannon in hot pursuit. He assured me that it wasn't dangerous and relatively common. Yesterday when he saw that I was fiddling around with the bike, he came over and I asked him if he knew of any local mechanics to get some ball bearings etc. He brilliantly did, shutting up his shop and spent two hours with me as we went round a few places getting the bits and pieces that I needed. I tried to buy him a drink, but he would not hear of it  saying that I was a guest. The various shops that I went to with him, also refused any remuneration for their help.  Truly lovely people.


In the evening I popped into the hotel bar for a quick drink (the first in about a week) and met Thomas who runs the UNHCR here. He kindly asked me to join him for a drink later on in a bar and we ended up having quite a night of it. Fascinating hearing the inside story on this volatile area and the struggles that the UN has in its efforts to help displaced people.


There is a street  about a 10 minute walk from the hotel that is known as 'Kahvalti Sokak'  (Breakfast Street).  Famed for the quality and range of morning offerings. It was fun to see and experience this particular unique place, but I get the feeling that it has become a bit of a tourist thing (not that there are many this year from my witness and what I keep hearing from everyone) and my eggs and something were fine, but not special.


I am struggling with ways to show and track the route I have taken on this site, and I am on to a possible solution with mapme.at, but it is a bit of a code muddle for this code illiterate...any way a few hours of that followed by Thomas kindly taking me  to a delicious kabab joint at a village along the lake for lunch.


For the next few days I am going to have my head down on work things and wont be very attentive to blog matters, followed by the run through Iran for 2 weeks. Things may have changed, but my understanding is that internet is not very available, so there may just be one up date at the end of the month.

Posted by Unknown at 5:02 AM No comments: