11th August on road to Shimla

This visa thing has had me cornered and it seems that leaving for a couple of weeks to go to Nepal could be a problem and in the worst case have to stay for 60 days before returning. If I was on a formal tour, then it would be easy as there are bookings and flights as proof, but I would be subject to the discretion of the immigration officers at the borders. It may have been fine, but after some dilly dallying decided to 'do' Nepal in December.
It took a couple of days, of and on, to find this out, and by the end I was all city-ed out and headed for the hills north of Delhi.

I have noticed a lot of male hair dying going on here. It is either jet black, that shows the gray very quickly, or it is a sort of henna colour which has a lot of Donal Trump like characters cycling their rickshaws and the like. Will try and snap some examples of these fine chaps.

It is a long days ride to Shimla that I did over 2. Most was through the mighty plains surrounding Delhi, that look to be largely down to rice and wheat. Beautifully lush in this rainy season.

It may be down to Batty's homecoming (all but her engine was made in India), the speed of Indian roads being almost exactly in equilibrium with her pace, the now perfect clutch and gear setup, or the mustard seed oil in her tank, but Batty is going so well and is a joy to be riding here. That is until I could not get up a slop to a hotel that I wanted to stay at. It was very very steep, but plans to lower the gearing for 2 up are essential.

Some snaps on the road to Shimla, you can understand my spirits lifting as I rode through this scape. 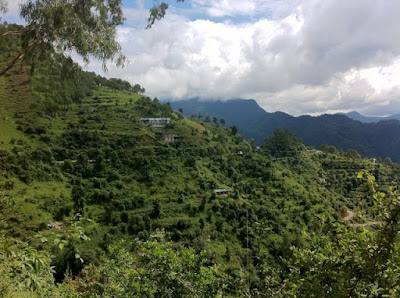 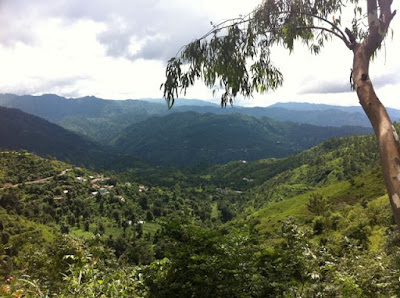 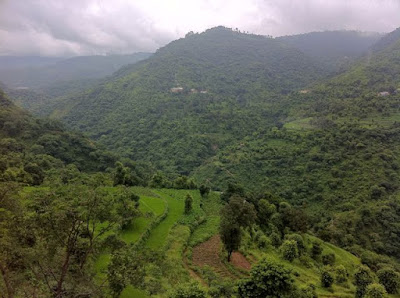 Posted by Unknown at 4:18 PM 2 comments: Links to this post

These 2 days have been all about getting Batty serviced and seeing if I can get my Indian adjusted so that I can go to Nepal for a few weeks and then return to India. By chance I noticed, in the smallest of type on the visa, that you cannot return to India for 2 months if you leave. This is apparently a way of stopping people staying for the 6 months, popping over the border and getting another 6 months visa and popping back again. A pain but just one of those things. 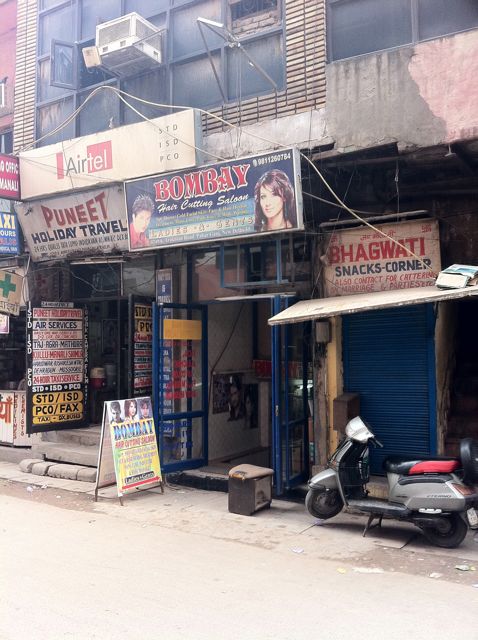 Bombay Hair cutters...good barbers, who tried to rip me off by charging 10x the agreed price for an additional face massage and treatment...we settled on 4x...aaaargh

I had been for a bit of a recce to this  area called Karol Bagh on Sunday. It is the home of all things motor vehicle in Delhi and where there are a lot of Royal Enfield mechanics and sales. Not knowing where to start I asked a couple of policemen, who were on Royal Enfields, who they thought would service the bike well. They immediately suggested Madaan Motors, as did another chap I had asked, so felt pretty confident. I was greeted by Sohan Lal Maddaan, the 79 year old founder of the business, and immediately put my mind at rest about sorting Batty out. Particularly once we had established that we knew someone in common. Non other than Henry Price, who had built Batty.  I gave him a long list of things to be done and left her to their tender care. 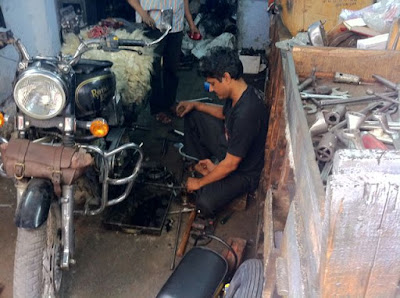 The Madaan mechanics hard at Batty's clutch
I went off to the FRRO office to see about the visa. After an hours wait in line I was told that I had to have a letter from the Ministry of Home Affairs, which was closed for the day when I got there.

Back at Madaan's I met Shan Lal's son Arun, who had Henry on the line and we chatted about the service that Madaan were doing and his visit to Delhi next week.

Returning a few hours later and after a few finishing touches, rode off on a refreshed Batty. They had put a whole new clutch assembly in and the difference was amazing.
Posted by Unknown at 4:15 PM No comments: Links to this post

I was so looking forward to coming back to India, made all the sweeter after an almost enforced incarceration in the hotel in oven like Dubai.

Hopefully I will be in India and Nepal into December.

It is the monsoon season, which is quite a violent word for what is largely seen by locals as a time of celebration for the rains that will nourish the year ahead. Apart from a light drizzle, it has not actually rained on me in 4 days, although there has been some heavier rains at night.

I am going to stop talking about the import and export rigmarole that is involved on this trip, but will section it off for other travelers who may find it useful. Apart from it being a rather boring subject, I fear that the trip account could revolve too much around these rather painful collisions with red tape and authority.

Because I arrived on a Friday night, I had to wait for the Monday to retrieve Batty.  I had pre-booked a hotel room using www.laterooms.com, which I had used for Dubai as well. Seemingly good discounts, but in Delhi's case there were no windows in the room. At first I was rather pissed off, but then I realized the advantage was peace, quiet and very dark....to the extent that both nights there I slept for 10 hours, which has not happened for years.
Did lots of rickshawing around, which always makes me happy. I have been here twice before and the last time was about 4 years ago. Each time the air has got all the more cleaner, as they have come down heavily on polluting trucks and converting taxis and rickshaws to LPG. They also have an underground system that was fledgling last time, but now is very efficient, new and as crowded as the London one. The run out to the airport on took just 20 mins.

Getting back into right handed eating etc. And enjoying delicious currys from local street stalls. One thing I have noticed is the periferation of Chinese food stalls next to the Indian ones, which I am sure were hardly here before. Am yet to see how they compare with the mighty New City Noodle along Battersea Park Road. Probably the best in London, and the home of our weekly company lunch.
Posted by Unknown at 3:59 PM No comments: Links to this post