It was rather a shock going around a corner and suddenly coming face to face with Everest. The time 11.32am, 22nd November 2011. I had not expected a clear view, having often heard that it was frequently cloud covered, so there was a moment of almost disbelief at this so familiar shape dominating the distant skyline. So much so that I had to ask a local if it really was what I thought. 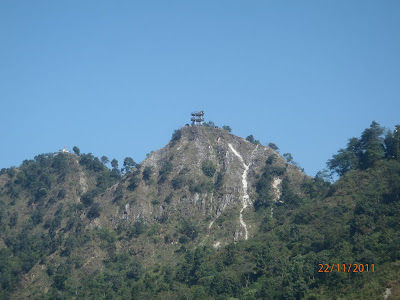 Charles Point
I had read that Charles' Point (Prince Charles had been there to view Everest, and a 20 metre viewing tower had been built) was a possible place to see Everest and true enough it was.

I had headed there from Durdan, where I had come to rest after a long day driving east on the road. I had enjoyed that motorcycle delight of passing a massive traffic jam on the way, albeit fearing that at the front I would find a horrible crash, not that infrequent here, however it was some sort if protest. Of course I could understand nothing of the reason from the shouts and banners, but I was very clear that the youngish guy holding my hand closed over the clutch (a very effective way of stopping a motorcyclist) was very hit up about something. After a few minutes he was persuaded by his pals to let me through. I subsequently found out that 8 locals had been killed on the road in an accident a week or so prior and they were trying to get some sort of compensation for the families.
Full of a sort of an Everestian glow I headed on from Charles Point to get to the end of the road at Terhathum, hoping to see more 70 kms closer. It was more driving than I could do that day, and found a hotel in Sindsuwa. It was the humblest of places I had stayed in, for creature comforts, but gave me probably one of the most interesting evenings on this trip, in terms of meeting locals unused to foreigners and spending an evening in their company, eating (having my table manners corrected whilst eating rice with one's hand) and drinking the evening away in a most convivial manner.
The bar was open fronted and it did get flipping cold, they just put more jackets on, which I followed suit, using up my whole wardrobe including a yak hat that I had bought in Minali and had carried around for 3 months, intending to send home. In fact I went to bed wearing that oh so warm hat as the bedroom was as good as outside. 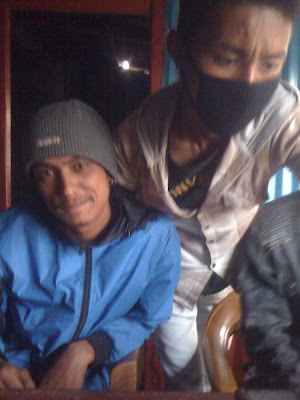 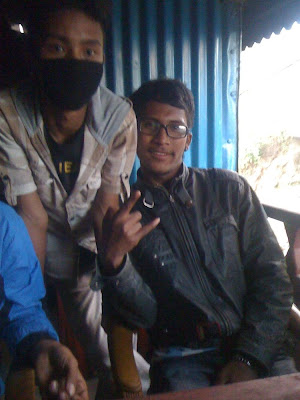 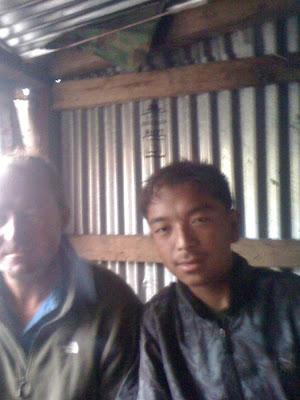 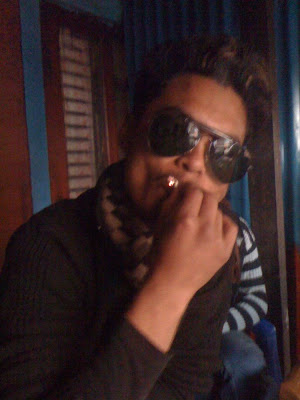 Earlier a group of late teen lads came and joined me, all full of the excitement of life and determined that I should enjoy some of their home grown combustibles. Which I did but only to quickly realise that it was pretty powerful stuff and turned down their kind offer of more.
I was the first foreign motorcyclist that had stopped to stay there, and probably aided by their offerings, we somehow managed to build bridges between our lives and laughed as we built them.

It is funny how the least exclusive a place is, the more included one is.

I came on to Terhathum over a stunning road, I suppose I was expecting a place all set up for trekking and mountaineering, but this smallish town was just happily sitting there serving those around, almost isolated from the world and minding it's own business. Not a trekking company or even a tourist post to be seen. I was frustrated initially as I had wanted to try and do a small trek from there, but quickly softened and enjoyed a largely unaffected place near the top of the world. I suppose had there been a view of Everest it would have been different.
I took myself off into the hills for a 3 hr walk and loved watching a seemingly gently way of life being agelessly conducted on the small holdings dotted over the area.

I had an email from Deepen, who I had met in Kathmandu at the Enfielders and he was suggesting that I head back and come to a vintage car and bike show, and that there were some journalists interested in what Vegibike was all about. This gave me a day to get back from Durdan, which was quite a journey, but I left at dawn and thought I was on the same road that I had taken...which I was until about 1/2 way, when the Garmin discovered this new road not on the paper map. It was the HO2 and took me through just amasing non stop beautiful twisting climbs and valleys. 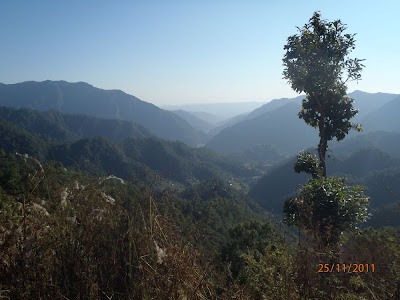 As it happened the show was cancelled, as I found out in Kathmandu, so I set of for Pokhara the next day. A 6 hour journey and it was half way along that I became increasingly aware of a new sound from the engine...I put it down to tappets initially, but it got louder and louder.


I got into the town and found my hotel, the Lotus Inn which had large rooms, a comfortable bed for a change, wifi and at a £8 a night felt like a bargain.

Pokhara is a pretty cool place, although very much a tourist orientated in various parts, there is no heavy touting. It is set beside a lake and flanked by 8000m snowy peaks to the North. The clever thing is that it is only 700m above the sea, making for a pretty gentle year round climate  All a bit of a playground for the adventurous and the less so inclined.

I met up with Jessica and Al Howard. They suggested joining them for a BBQ at some place called the Maya Deya, an establishment that some pals of theirs runs and Sunday Lunch de facto meeting place for many of the ex pats here. It was great fun and very good to see Jessica and meet Al.
Maya Deya turns out to be where a good friend, Jeremy Minchin, fell out of the sky at the beginning of the year, whilst on a  paragliding trip. Thankfully he is much on the mend now, but a very close call had he, breaking more bones than can be counted and arteries loosened from his heart etc. The event  is talked about with slight hushed tones here, I guess accidents are not great for the sport's success.

The day moved into evening and I was asked if I would join them for dinner in the Ghurkas officer's mess. Al is an ex Ghurka, and now works closely with them running the Nepali arm of the Kadori families charitable trust (one of Asia's richest families).

My lack of tie was deemed 'OK' on a Sunday evening
The next day I had to face the noisy facts and took Batty to see Raju at the Bullet Surgery. It did not take long to rule out the tappets and the suspicion rested with the big-end bearing making the noise. Off came the primary chain case and the engine side-casing and yes the bearing was bu**ered, along with almost every other moving part in the engine.
I had been running the same oil since London, on the hope that it would be as robust in my engine as it is in generator motors. I will revert to a change every 1000-ish miles going forward.
The good news is plentiful.  Henry is shipping a brand new engine over from the UK, it is 30% more powerful than the old one making Batty modestly more competitive on the road, and it all happened in a great town with friends abundant it seems. Raju's workshop is bang next door to the Bullet Basecamp bar which is great fun and I have spent a few happy evenings there so far.
Tomorrow, to break the city mold, I am off on a 4 day trek up into the hills, whilst the engine flies in.