I joined a herd in the shape of a conducted tour, via my guesthouse. It was an all day thing that was to cover much of the areas highlights.
For this lone traveler it was a bit of a shock being pitched in to a minibus with a whole lot of strangers. Cappadocia is a big area and it seemed a good way to see some of the gems. The last group joining the bus in the town, were about 8 Koreans, all babbling away. I was rather nervous that it could be a mistake. I was wrong, they were very charming and spoke excellent English. Hitomi was staying in my Otel and there were a couple of fun Italian girls as well. One thing is for sure, these trips are a great way of meeting people. I will tell the story of the day in as few pics as possible.
The one thing difficult to show is the under ground town. Build over a 1000 years ago to protect the minority Christian groups. About 20-100 people for many centuries lived all there domestic life in these very deep dug out caves. Over 7 storeys deep and hundreds of feet. Now I can do caves, and have even been pot holing, but this was not a thing anyone should do with the slightest twinge of claustrophobia. There were about 10 of us, and probably 200 other trippers at the site as well, they filed us down and down these tiny interconnecting stairwells, that one had to crouch going down and was a bit of a squeeze.  It was fascinating, but I am afraid I was getting very nervy by the time we got to the bottom. I was practicing my 'fear of flying' anxiety busting techniques, i.e squeezing ones' bum cheeks and deep steady breathing, I even started writing some journal up to get my mind off it. Talking of shitting one self, they apparently used clay pots that were bought up daily.
As we climbed back higher it became easier but the idea of living there was incredible. I am not surprised that it was abandoned when the threat stopped. 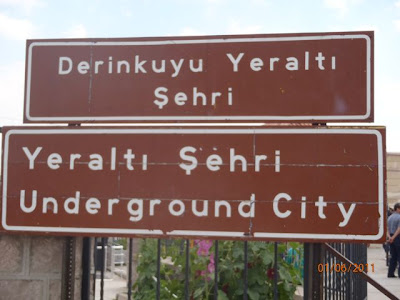 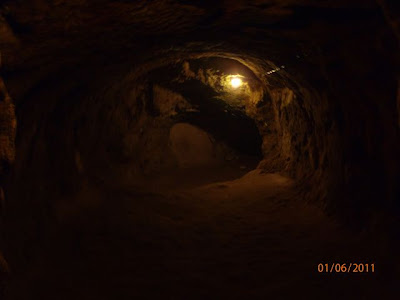 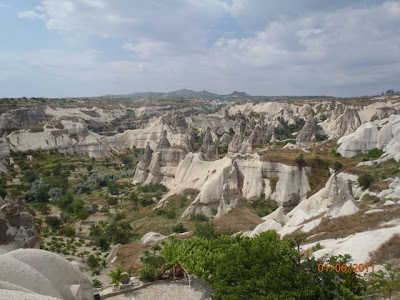 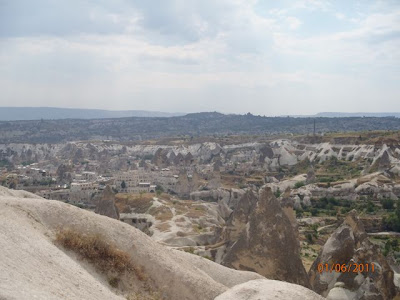 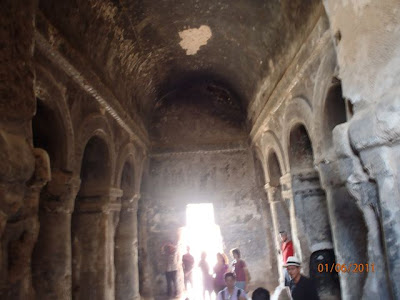 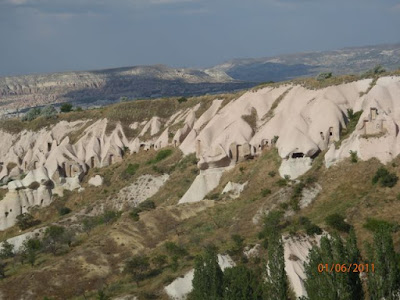 That evening John and Jane rolled into town and after being introduced to a cool bar by Anna and Claudia from Roma, we all went and supped at the 'Local' restaurant, which served a delicious speciality called a clay pot Kabab. Basically a stew, which they have to break the pottery cooking pot to serve. Grt fun.
The next day was rather relaxed and  we went to a local museum in the morning, had lunch, a potter abound the town, tried to get some sunset shots in the Rose valley then a beer followed by supper again at Local. We all agreed it was the best Turkish food we had had and worth paying a few quid extra. 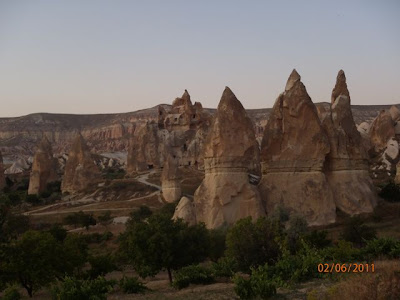 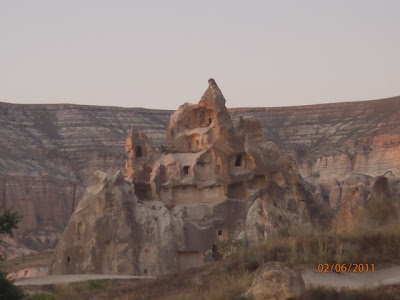 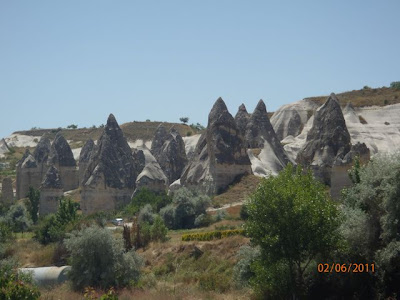 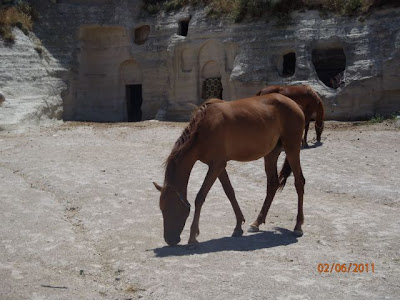 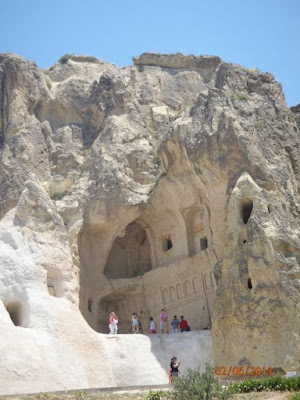