After a week-ish in lovely but damp, cold and foggy Shimla, I returned to Delhi. It was a 10 hour run and I left at 6am to be sure of making it in daylight. All was pretty as expected until I met Anita.
I stopped for lunch by the road and ordered a mix of spicy delights, pointing at the dishes that took my fancy. The only other people there were a group of twenty-thirty year olds who were having a fun old time.
After awhile one of the girls came over to me and started asking me about what I was up to and where I was going, a process that happens many times a day. Not that I particularly tire of it but when a beauty, who could have stepped off a Bollywood set asks, the story gets all the better and heroic.
The others joined her and they turn out to be brothers and cousins…then out of the blue Anita, as I discovered her name to be, asks if I would take her for a little ride. I thought about it for…no I didn't, I said yes immediately. After much instruction from the brothers about how to get on Batty etc off we went up the road. We had a bit of a chat and I said she was the first Indian girl I had spoken to and that they seem very shy in the main. She asked if I thought she was shy, not very I replied. The chat carried on and she suggested meeting in Delhi and gave me her phone number. Well that could be fun and interesting I said, whilst pinching myself really quite hard.
I dropped her back and just as they were leaving I said that I would call her the next day….big mistake, everyone heard and she looked crest fallen. The brothers turned on her and were obviously started asking her what that meant etc. Oh how I wish I had kept my mouth shut. It was obviously a big faux pas….even the restaurant chap came over and started wiggling his finger at me and gave me a big ticking off in Hindi.
The end of the story is short and predictable, I sent her a text the next day…no reply, I called her the day after and had a very short but friendly conversation whilst she was on a bus. She promised to call back when there was less noise, which she didn't. I convince myself that she had been kept inbounds by her family, or perhaps in reality the prospect of dinner with a middle aged balding Englishman was just not her idea of fun.
Henry Price (of Batty building fame and many others no doubt)  had booked in to the Aster Hotel in the Karol Bagh area in Delhi and I headed there and booked in as well. Henry greeted me with a welcome cold beer. He was in Delhi for a week to meet various Royal Enfield suppliers.
My old/young pal Dhala was also in town that eve and she and I went out for a dinner. She is now taking a lot of trips to India and such like for Wildfrontiers. As as an aside I have much to be thankful to Wildfrontiers and it's owner and founder Jonny Bealby. I have been to India twice, Ethiopia, Cambodia and Georgia with them and it has definitely given me a lot more confidence to do this trip with Batty.
It was lovely to catch up with her and hear all from Battersea over a very good curry. She is of to Kashmir for a 10 day trip, followed by a 2 week Himalayan one, about the time I will be going to Leh, so out paths may yet cross again. 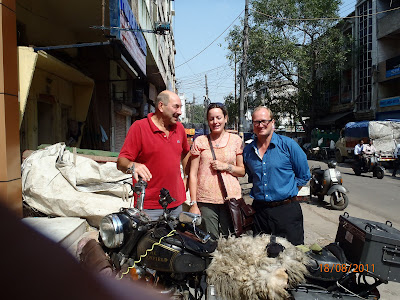 Henry Dhala & Self
The plan had been to sort out the engine tick over speed on Batty, which had never been quite right which Henry did with the help of the Madaan mechanics. The other main plan was to fit a larger tank that had 2 compartments so that the smaller one could have diesel in it for starting and stopping on, and to use the main tank for veg oil that I would switch to once the engine was hot. The idea was to get a much higher veg oil use than the 75% current rate. Annoyingly there had been a mixup and the tank was the wrong size, so will await it somewhere else in a few weeks time.
On Thursday I did get to have an enjoyable and useful couple of hours meeting with Sumeet of PhotoAmbry, who we have some business plans with and it strengthened that relationship.
Henry introduced me  to the very effervescent JC, who supplies Henry various parts. JC took us out for 2 dinners and was a very generous host keeping the nights young by taking us to his favorite street vendors of ice cream and curries….he is a master of them and we had some of the best food I have ever had. Although a very successful business man, he puts quality before show, which I like a lot in him. 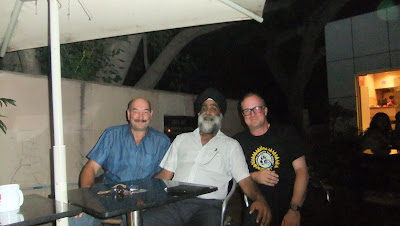 Henry, JC and Self.
On Saturday I persuaded Henry to join me for a visit to the Delhi Railway museum, which he had been to before. Although good in parts, was rather run down and lots of the lovely old engines and carriages were on a slow rot. 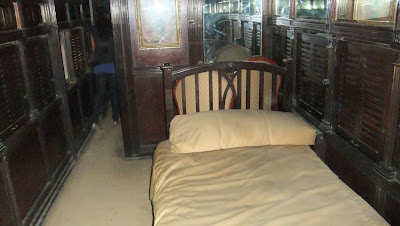 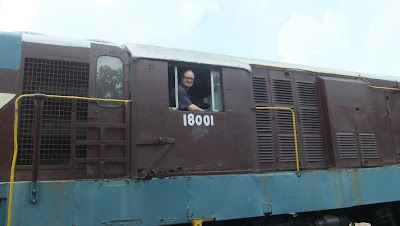 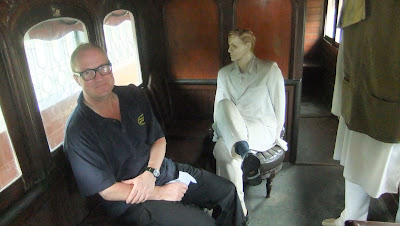 My pal the Prince of Wales
After that we went on a visit to the Red Fort in Old Delhi….always a wow. 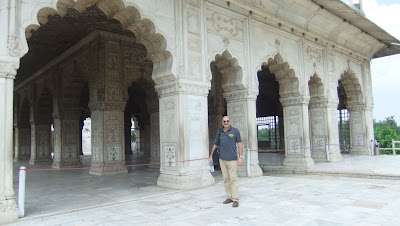 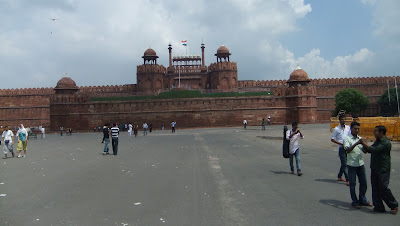 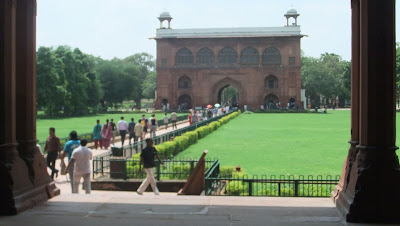 Sunday was great in that Henry borrowed a bike and we went for a run down to Neenrana Fort (now a Hotel), which is 75 miles away. A stunning place and they do a very good lime soda….my regular tipple nowadays. 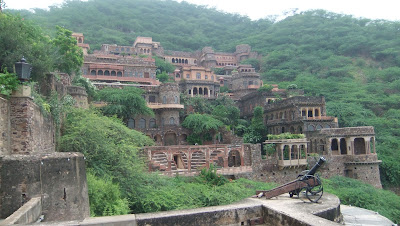 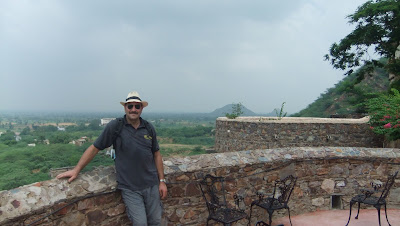 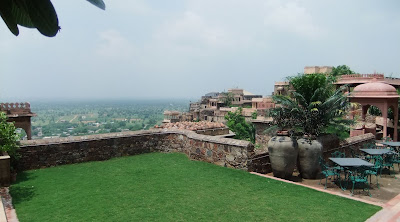 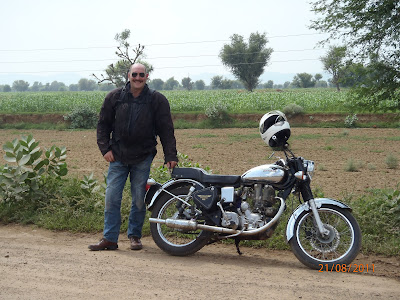 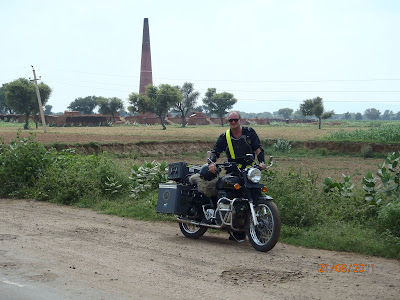 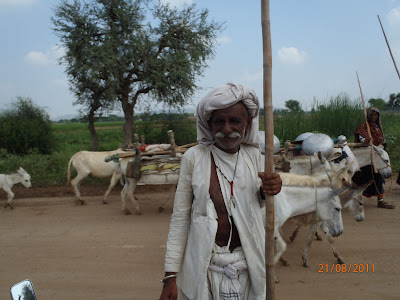 The ultimate poser, a passing herdsman
I write from Jammu, which is in the south of Kashmir. In a couple of days time I am meeting Sophie for a couple of weeks touring and trekking, which will be a holiday in the trip. Because of the historical troubles in this area, my new phone will not work, nor can I get a local sim card. It is a way of preventing terrorists getting hold of communication. So I will be off mobile line apart from the odd internet cafe for about a month I imagine.
Yesterday I saw a Yamaha XT 500 bike with all the overland panniers outside a local hotel. I went to inquire and Stephan ( http://stephans-abenteuer.blogspot.com )came down. He was on a 3 month trip from near Hamburg through all the Stans, China, Pakistan and now India. He does a big trip every 2 years having saved holiday from one year, and rolling it onto the next so he gets 12 weeks away from his air traffic controlling job. We supped that eve and swapped and shared tales of the road. 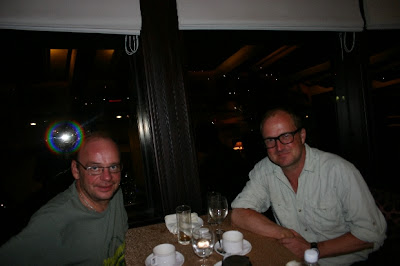 Alas I have lost my iPhone…either nicked or fell out of my pocket…bloody stupid and very annoying. Luckily I had the spare sim, and Apple have this on line facility that you can wipe the content if it is lost, which I have done. The iPhone is a grt tool and I often write my blog on it either as a dinner companion or in bed when I wake up. It also has a kindle and iBook application, a phrase book for Hindi, a currency converter etc etc I am missing it. Now to begin the claim rigmarole, what joy.
Posted by Unknown at 10:29 AM