Quite a good place to be to see these celebrations, lots of marching police, army, cadets and brass bands and speeches about how India has changed and developed in the 64 years since the Brits left. It was in Hindi, but Hassan said it was positive and no anx against the British. 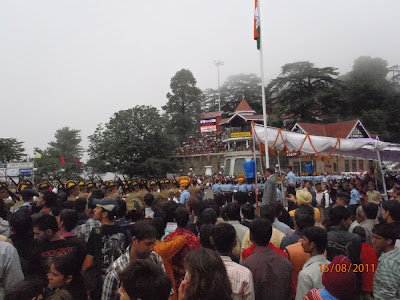 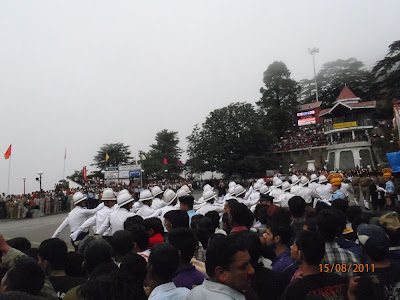 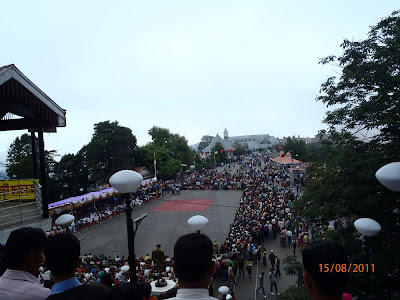 It was a cold and wet day, which has been the way of things here - even had to get a fleece from Batty. As everything was pretty shut up, it gave time to plan the Himalayas and Kashmir some more, and finish reading the adventures of Huckleberry Finn. What a great book, that I had missed so far in life. I have a load of 'classics' lined up in the e-book library. Not only is this trip a perfect opportunity to read more than ever before, but between Kindle and iBooks a lot of classics are free to read.
Went to a film showing of a locally made film in the town hall. It was about this very remote Himalayan village called Malana. It is famed for it's own form of democracy that has worked for centries, and which now has been ruined by the government forcing them to vote in general elections etc. The villagers have become divided between the two main political parties, which in turn has divided the community.
It is also famed for growing some of the best hashish in the world. 20 years ago I would have been up there in a flash for a forgotten week or 10. Now I get very paranoid if I smoke any, a result of an over indulgent decade 20 years ago.

Went on a good long walk today with Hassan. We took a local bus about 5 miles to the foot of a hill and took the path to the top. 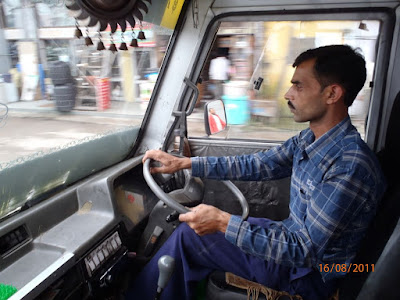 For some reason I had to have a photo of a bus driver. On the road they are the kings and humble bikers are very respectful. 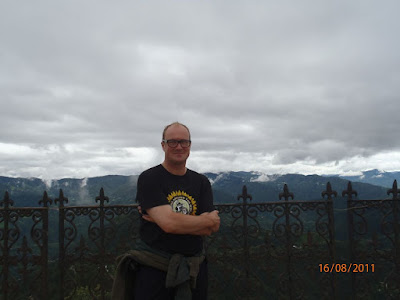 At the Temple (name to be advised..) sporting a new tee shirt with logo, by the very kind hand of my pal Chele, who makes such things at http://www.quaysidegroup.com/ 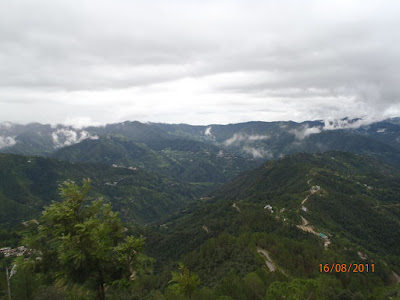 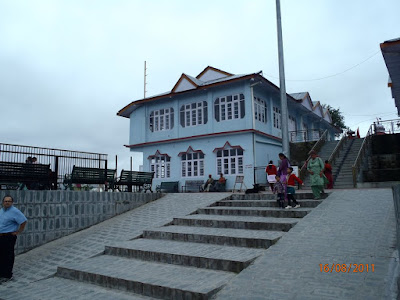 Not a very revealing or flattering pic of the temple complex
There was a Hindu temple there and I was ushered in to have a form of blessing, a red dot on my forehead (a tikka), and a spoonful of holy rice to eat. After this we were invited to eat with everyone there. This involved sitting along a strip of carpet in a hall. There were probably about 30 ish of us there and I, the only westerner. Paper plates were handed out and then these young guys, I suppose they were trainee monks, almost ran up and down the line dolloping out rice and 5 other curries  and dhals. It was delicious and is a free for anyone and everyone there. It is such a sound social way of helping those who need it in an entirely equitable environment. Those who wished to could place a contribution in a discreet box.
Posted by harryls at 10:18 AM