Shimla is a lovely hilltop town that cascades down the very steep hill on all sides and kept almost as if the Brits had moved out only yesterday, rather than 60+ years ago. It is also kept very clean, with litter almost nonexistent, unlike elsewhere in India that I have been to.
Staying in a v tired large hotel Gulmarg for a couple of nights, rather weird in that the beds are round and mirrors adorn the ceilings. If it is meant to be a temple of love, I fear it falls sort,  by my measure at least.
I have a new pal called Hassan, who started chatting to me in a non-toutish way,  he does, however, have an interest in a hotel with a far better view and a less 'big' hotel formality I am assurred. So I guess I will move there. The only trouble is that to move less than a mile it will involve a 30 min journey going around the cordoned off from traffic hill top centre. This is really a blessing that makes the place special and a delight to visit. A legacy from Empire apparently.  For over a 100 years this small town housed the British Raj government from April to October when Calcutta or latterly Delhi was too hot. In effect this meant 1/5 of the then world's population was controlled from a place the size of a small country English town. 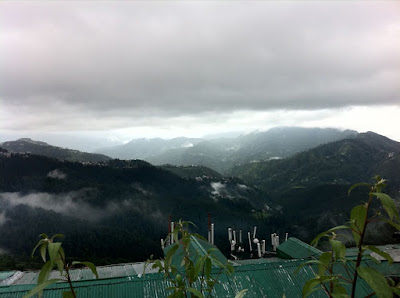 View from the Gulmarg window, I was rained on most days and it was fog bound a good deal of the time, mores the pitty. 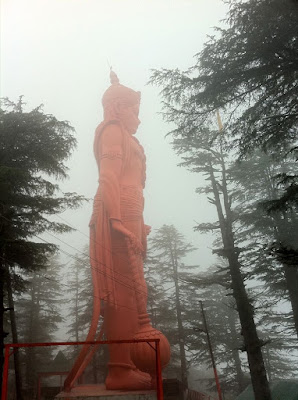 Jakhu Temple, A very steep 30 minute walk up from the centre. 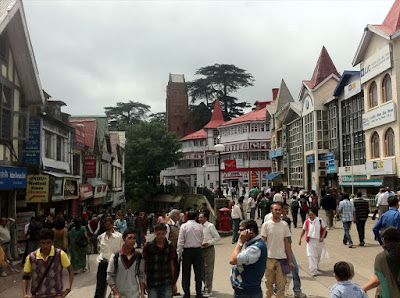 The Centre, known as the Mall 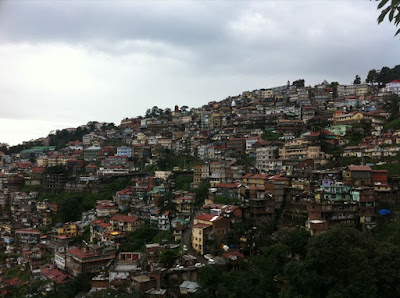 The town flowing down the hill 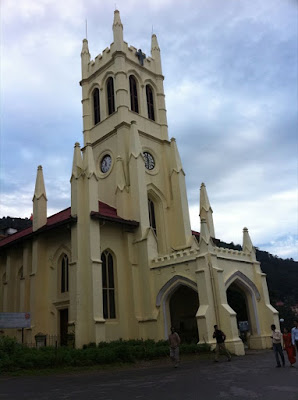 A very English Church, full of memorials plaques of Brits in Imperial days 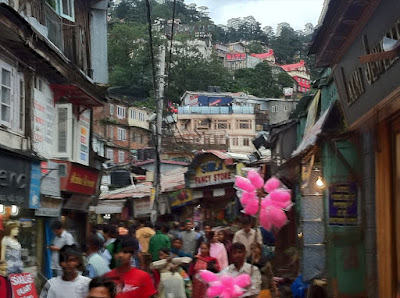 It is Independence Day on the 15th Aug and the town has completely filled up up for the weekend for the holiday. Lovely to witness the Indians at play and I believe there will be processions and much celebration. The trouble for budget conscious travelers is that the room prices has rocketed. After nearly  a day of searching for a reasonable room, the Mayur hotel eventually gave me one at double my budget. It was a shocker in terms of the bed being damp, because of monsoon rather than anything else, I hasten to add, no view and generally horridly run down. I had meant to stay at Hassan's place but Batty could not get up the hills on the approach.
I caught up with Hassan later that day and he had re-sold the room for that night but said I could move in the next night. I did what I hoped I would not have to do, which is to leave Batty a mile or so down the hill in a manned car park. With  fingers crossed, I put the newly acquired bike cover on and padlocked it closed, chained her to a steel girder and put the alarmed disk lock on and hoped all would be well.

Hassan took me for a 10 k trek around, up and down local beauty spots that was fun and fit making. We finished by going to the Viceregal Lodge. Just like a Scottish lodge and the place of historical discussions, like Independence and Partition. 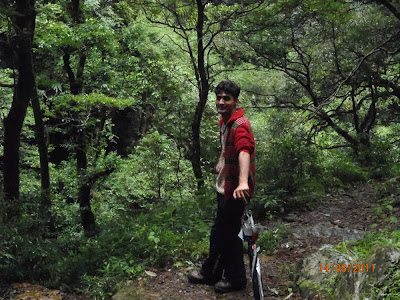 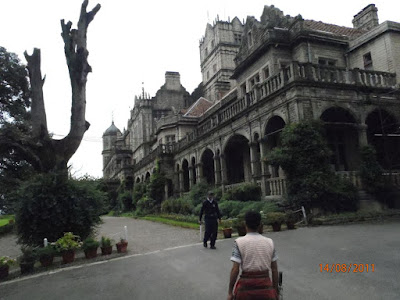 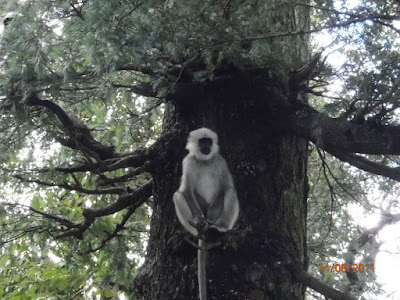 One of my many cousins in Shimla 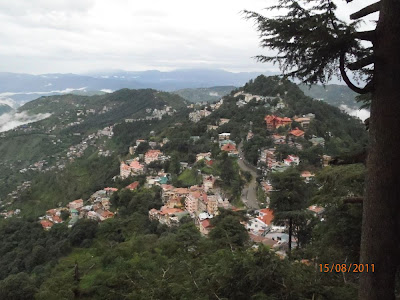 Looking down on the Mall area 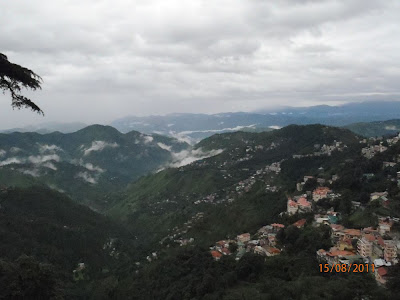