The next day was very gentle, we upgraded ourselves from the good but simple Barath guesthouse, to the more comfortable Omasilia Hotel, did a little shopping for new boots and had a hilarious hour watching the Polo contest. Brilliant horseman and polo players on tiny little ponies, which were little more than 13 hands but as strong an animals twice their size. 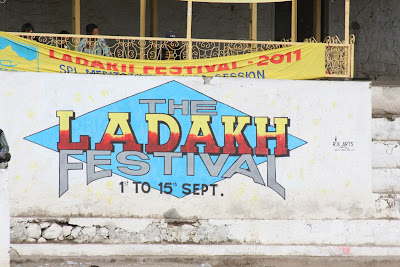 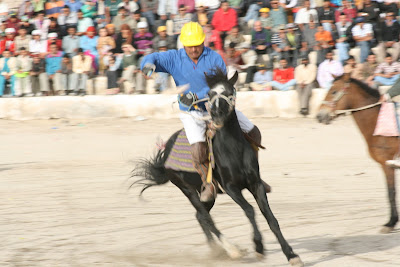 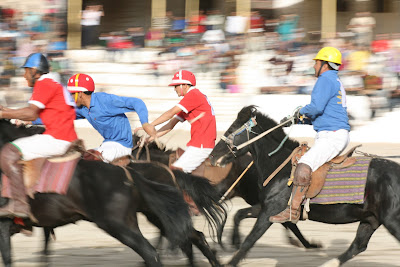 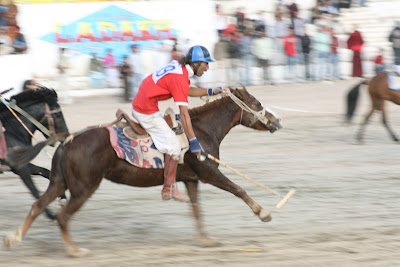 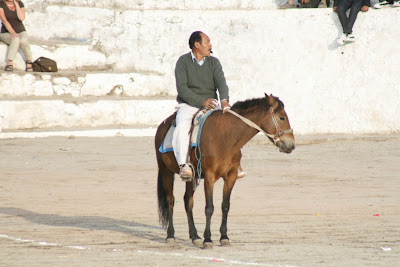 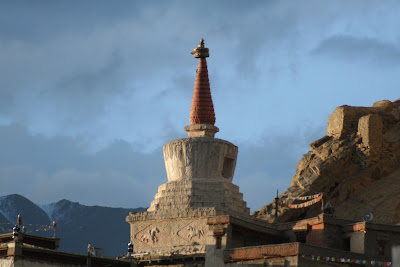 Leh is a great town at 3500metres (which allows for very little strenuous activity for quite a few days until acclimatised) and is full of adventurous types from all over the world (apart from Britain). In particular it is full of hundreds of Royal Enfields...far more than any other bike. Their riders are by and large guys and a few girls who hire them for a few weeks and tour around some of the worlds' most exciting and beautiful roads. A bit of an Enfield Mecca really.

One day we made a short trip to the  Drukpa Monastry at Hemis, which is famed for its position both naturally and in terms of wealth and intellect. 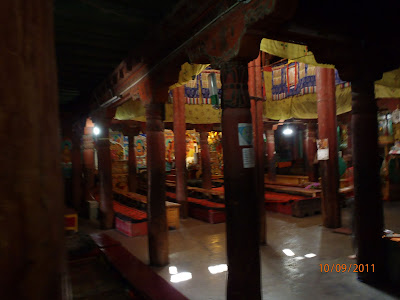 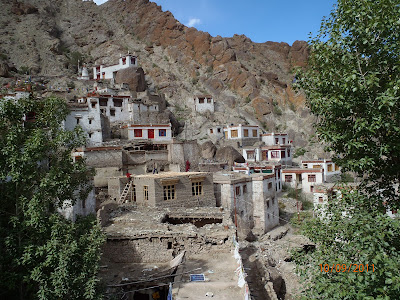 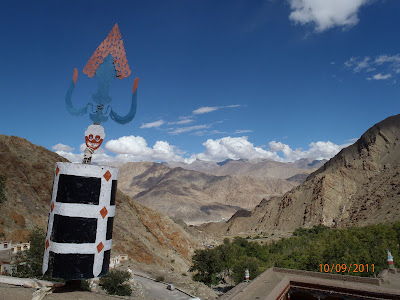 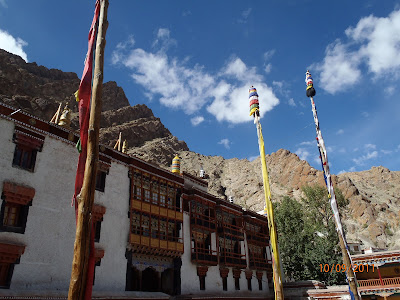 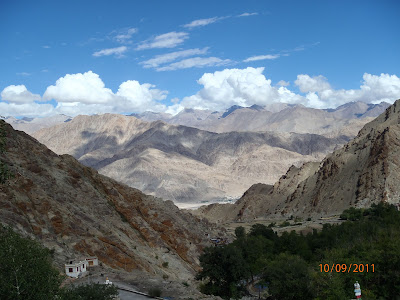 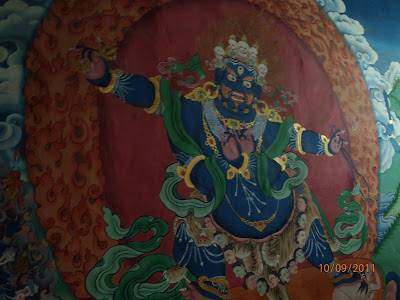 Suddenly, and all too quickly Sophie was on her way to the airport and the two-week holiday, or should I call it adventure, was at an end.  Traveling with another certainly adds to the experience and it has been great fun doing so with such good and game company.

11th Sept
To re-adjust to just Batty and I being by ourselves again, we went off to climb the highest road in the world. The Khardung La pass seems to vary slightly in its height depending on who you believe, but my Garmin said 5376, with 4.6 m accuracy variance. There is also some dispute as to whether it is actually the highest road, but I think it probably is in terms of allowing vehicles such as Batty to navigate.


I was worried if Batty would be able to get up there with so little oxygen and the steepness of the climb, but there was no need as she did it with seeming ease. It is a great feeling being at a height that is 3/5ths the height of Everest and four times higher than the highest point in Britain. 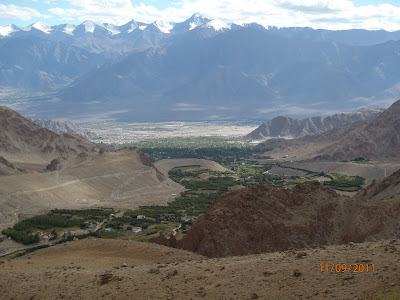 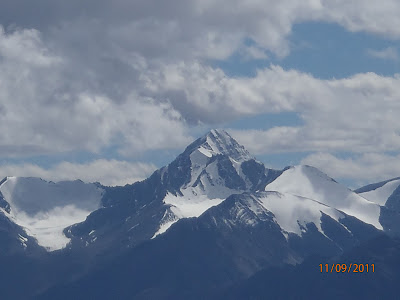 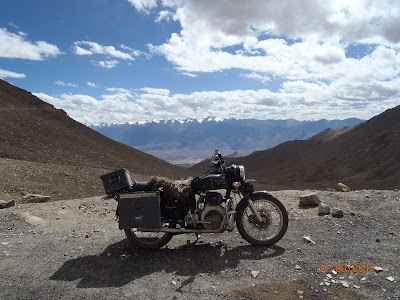 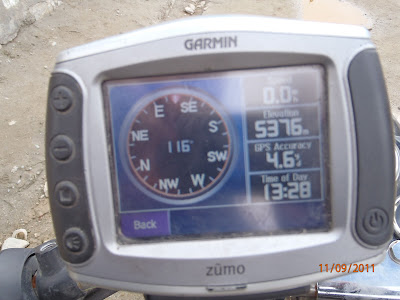 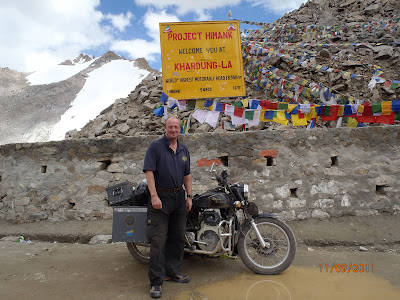 12/13th
The top box rack had fractured in 2 places on the road to Kargil and had it fixed there, however I was not very attentive and the angle of the top box was such that it partially masked the rear brake light, so the 12th was a day of getting that fixed and starting to up date this journal.

I bumped in to Dhala and her Wildfrontier clients today and am joining them for supper tonight, before making an early start south tomorrow.
Posted by Unknown at 6:13 AM