Batty has made it to South America. There is about 35,000 miles on the clock and so far she has enjoyed a pretty much trouble-free couple of months, with the new engine and no attempts to use  veg oil. I am touching wood as I say this, knowing only too well the risk of such statements..

Panama is a fascinating country, spotlighted on the world map by its canal, which is a man-made wonder and amazing to have seen and get the chance to understand its mechanism as it connects the world's trade.

What's more, Panama City is a world class capital, and what with huge ongoing infrastructures, it is  set for greater prominence. I met up with a couple of fellow members of the Entrepreneurs Organisation, Javier and Billy, who kindly spent time explaining what was going on, both politically and commercially. Like everywhere else in the world there are things to celebrate and things to despair. The economic growth is nearly double digits, yet the corruption and some political unrest makes it a pretty edgy environment to do business in.
Speaking of environment, everywhere that I have been in the world I have seen the non-stop impact of man on his environment. His consumption far outweighs what the environment he has been given can support. The more I see, the more I fear for the survival of mankind, as he would wish, in the coming generations. My witness of what little I have had the privilege of seeing of the world,  has led to an effort to simplify what we are, in the most part, unwittingly allowing to happen:

Worldwide 2 Olympic swimming pool amounts of oil are being burnt every second, and 3 1/2 football pitches of rainforests are being chopped down every hour, of every day. Say nothing of over fishing our oceans.

The consequences of lost habitats to thousands of species  (and hence their extinction very often, something to be very proud of...), let alone the blatant climatic change that every community I have visited comments upon, is profoundly beginning to affect the human species, but particularly those near where deforestation has been most acute....so far. The world's population has doubled in my lifetime and will no doubt triple in what remains of it.

Politicians are reacting to this just enough to very slowly start a re-balance, however unless the clarity and responsibility for all new and old policies are held up against an absolute date in the near future where man must live in harmony with the environment, we will all be in a lot of trouble. I don't state this as a caricaturist might see me, i.e. tree hugging, left wing revolutionary, but as a pretty dedicated capitalist on the right of centre. There doesn't seem to be a political home for me suddenly, and it is a bit disconcerting. I'm hoping the likes of Zac Goldsmith will begin to help carry  a louder message of what we must do in order to survive and thrive. His book and ideology Constant Economy certainly offers many answers.
There are solutions, which can balance man's needs and aspirations along with environmental survival, but it will take more than recycling and hybrid cars etc. We need to demand and require our leaders to steer us along a road that will make us the generation of change and of healing the environment, rather than the generation that did not do enough in time for our descendants.

My apologies for the rant, but if a blog is not an opportunity to at least express an opinion or reveal actualities then I don't know where is.

Panama is a bottleneck for those over-landing to South America, and for me it was the almost strange phenomena of being in the company of over a dozen fellow motorcyclists crossing continents. There are a few vessels that will transport one's motorcycle and oneself  between Panama and Columbia. The reason is quite extraordinary in many senses, as there remain only 100 km of jungle between the 2 countries, connecting North and South America. Known as the Darien Gap, this swampy and environmentally precious slice of land, is the home of many bandits. The number of those who have been able to cross it by land are less than the number who attempt it. I.e. they end up as statistics, lost or kidnapped. Apparently there has never been very strong political conviction to build a road on economic or on drug trafficking grounds.

The hostel that we were staying in Panama city was also my meeting place with an English couple who I have been following via their blog (fantastically written, with stunning photography) for nearly a year, as they were heading north from Argentina. Chloe and Chris, recently married and on a fantastic bid to see the Americas, took their bike licences, bought bikes and put themselves on a cargo ship to Buenos Aires. It was this ship that caught my attention as a great way to return to Europe, and in fact I am in correspondence with the agent now about arranging it. Unfortunately the 1st port that it appears I can disembark is Le Havre in France, so plans to get off at Dakar seem to be unlikely now. Time will tell.

Their delightful company, along with all the other rich cross-section of fellow bikers has given me a rare opportunity to spend time with like-minded folk, exchanging plans, experiences and stories.

On the 2 hour trip to the boat, Batty was challenged by 2 particularly vicious hills. Thankfully my 2 guardians, George and Mathieu, help me push the old girl to the brow. This prompted some amusement amongst the German and Japanese riding audience. The explanation that my adventure was different to the one they all shared, I think was understood, but perhaps not envied.

The 1st night was not actually on board, but on an island of the Kuna people. Alfred, George and I, the old men of the trip, were billeted in a straw hut that was evacuated by its family for us tourists. It rained so hard that the mud floor became awash with about 4 inches of rain water.  Luckily not through the roof, just the door. 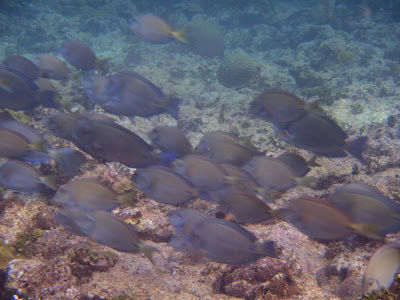 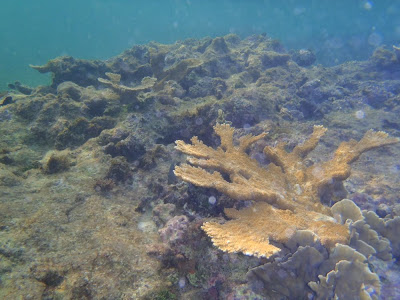 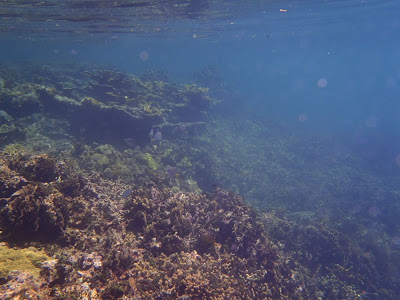 We all started going our own ways the next day, and it was a sad time. That said we are all independent travelers, forced together by circumstance. Many up sides, however trying to get consensus on a eating, a sight seeing plan or meeting up for a beer is rather like a headless dinosaur fishtailing away with only eventual agreement.

I did have the pleasure of Georg's company unexpectedly the next evening as I headed the 450 miles south to Medellin. I had stopped to take my rain gear off in the mid afternoon, when I heard a hoot and rumble as his BMW1200GS drew up. He headed on to Bogota the next morning. It seems we are all destined to cross each others' paths from now on.

There are loads of Police on the roads and in the town, and it is not just for tourists. There are reports of drug related violence etc, but it seems pretty peaceful and no feeling of threat. I have been pulled over a couple of times so far, but the interest has been in the marvel that Batty is rather than my papers, that got scant inspection. Often the question is if the engine is having a problem...but an explanation that her individual sound is down to her diesel engine only heightens the interest.

The Spanish here has a strong dialect so it is like starting again with the language. It was a struggle before, but now aaargh, back to sign language. I am working my way through another audio learning course, kindly lent to me by Jesper, which will help what I say...not necessarily what I understand.
Tonight I meet up with some of the other shipmates. I will put links to sites of those that have them on this site's link pages. There is a some great commentary going on, including a professional video edition of the foods that Arun and Serafina are enjoying as they go...it's their honeymoon.
Posted by Unknown at 10:03 PM